Barefoot in the Park
Social Media Campaign
The Non-Event: Seniors doing whatever they want
The Event: Seniors who were born to play these characters
Proposition: We crave to be heard and loved as we are.

Idea: Dating profiles that only show one side of yourself

This was my favorite social media campaign for the drama department, though I may be biased. It helped that I was in the show and knew the script inside and out (which is the largest obstacle when trying to promote shows). I struggled with an overall proposition for the show because of its scattered and fast-paced nature. We ended on the "learning how to love" theme because of the very relationship and character focused plot. The best way to show the best side of a character? Have them compose a Tindr profile and pose for a gif. 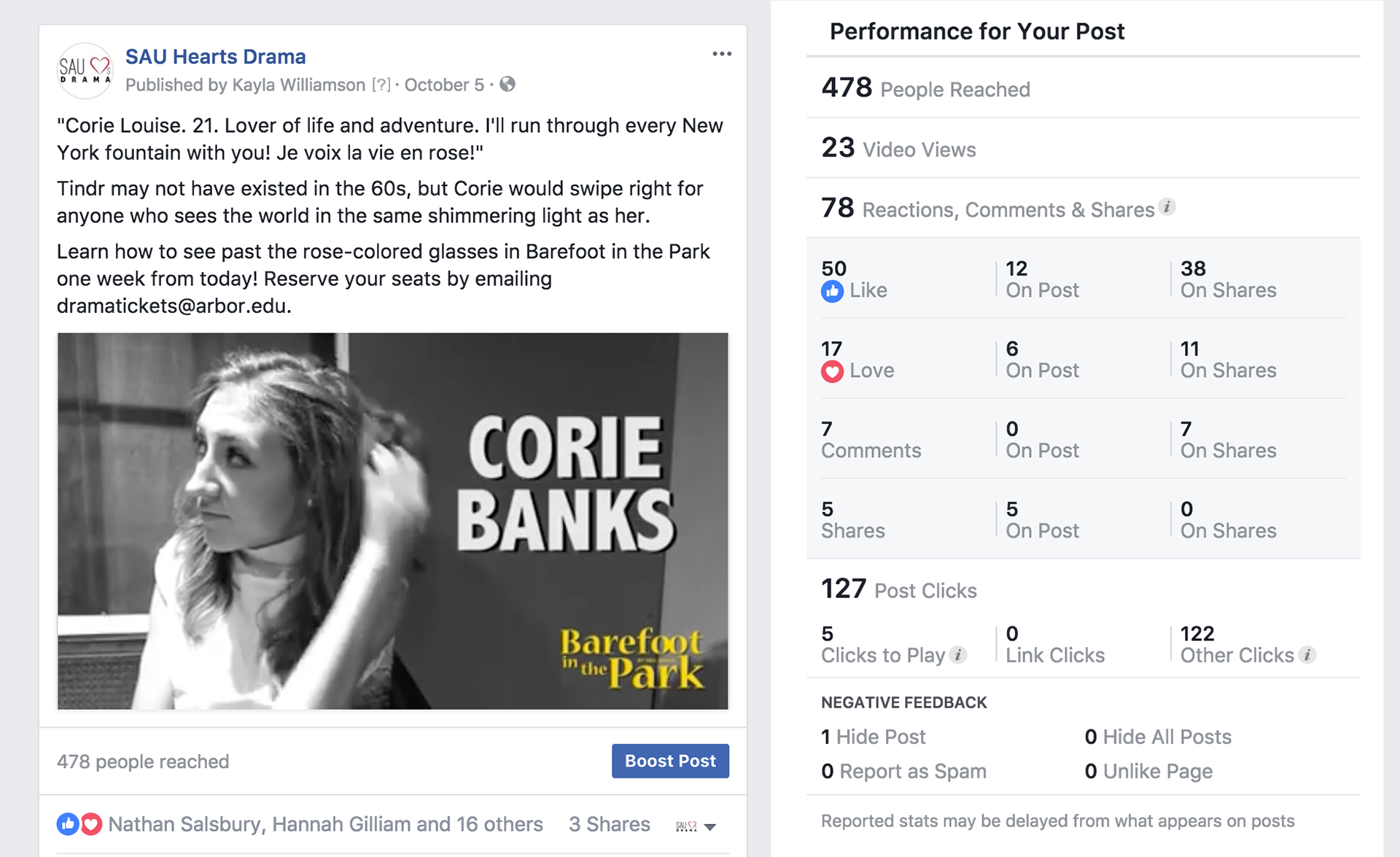 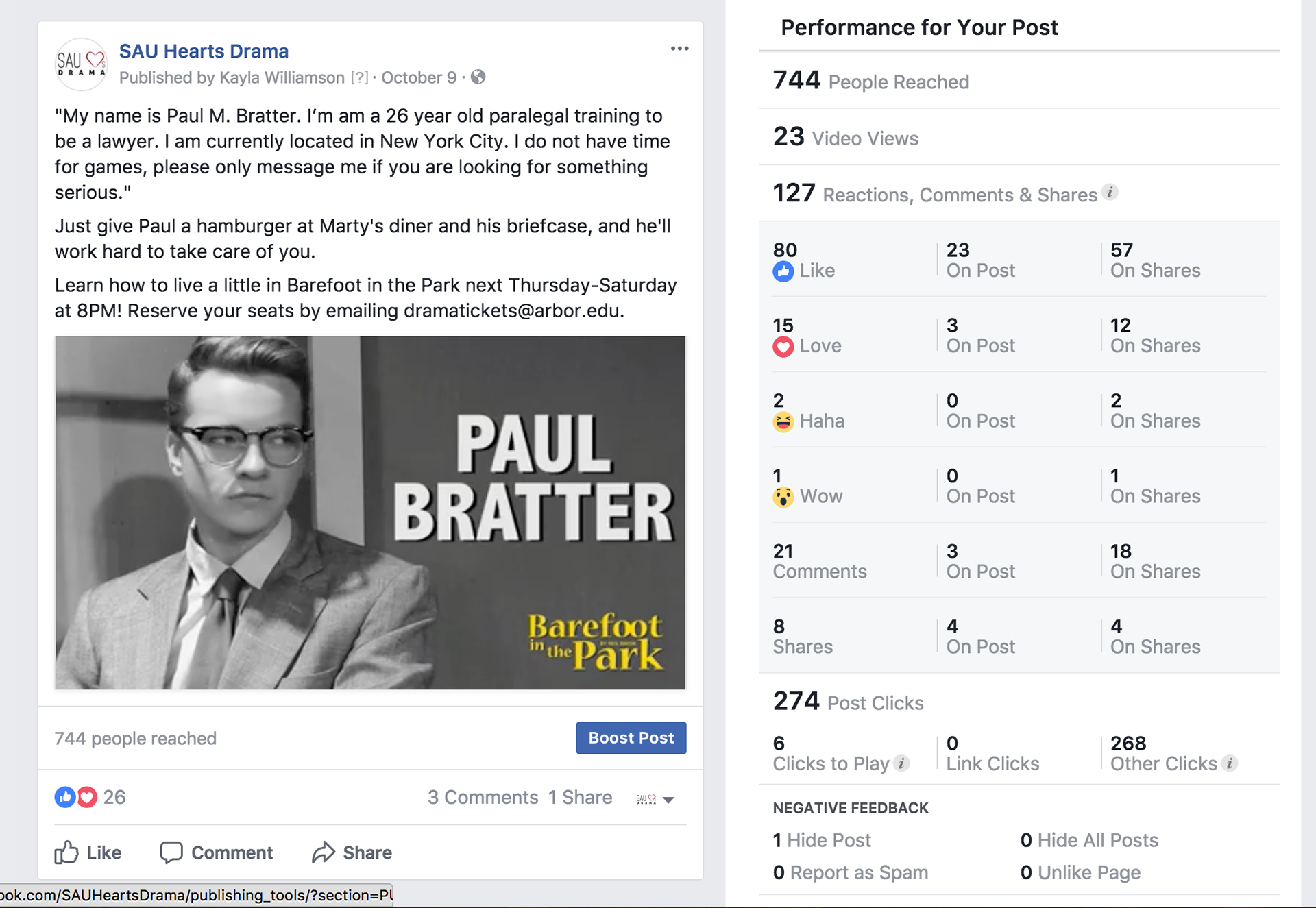 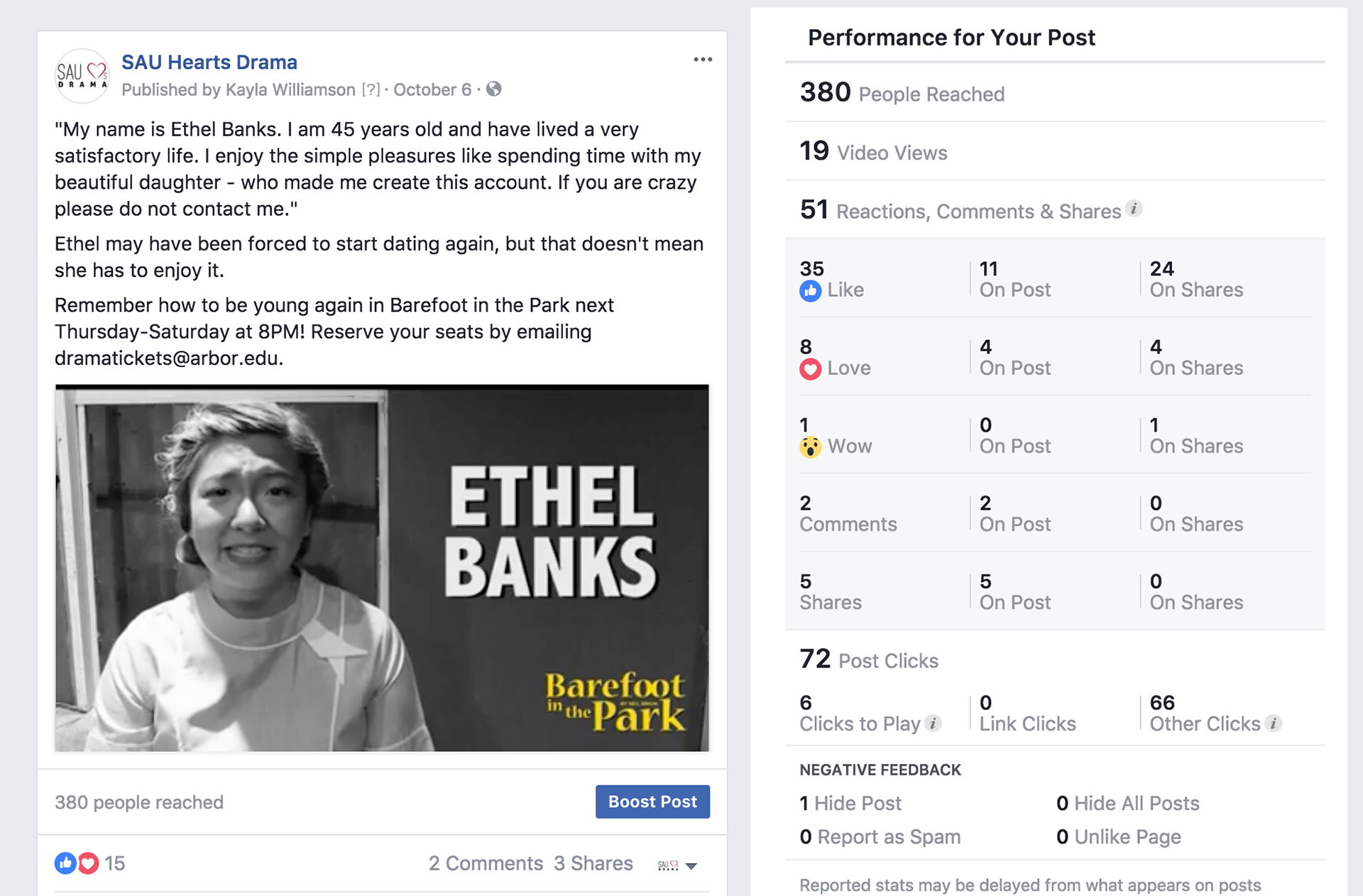 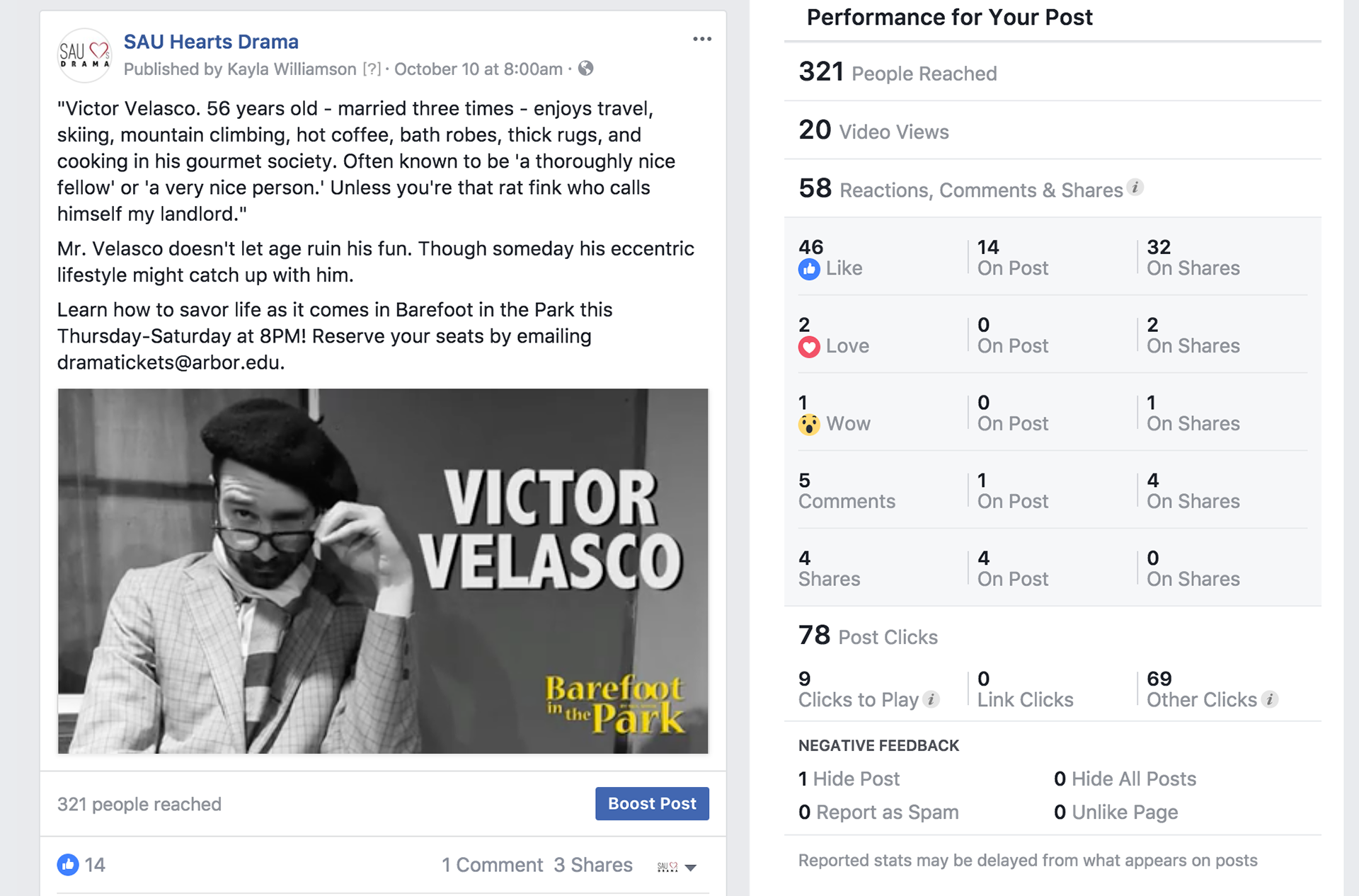 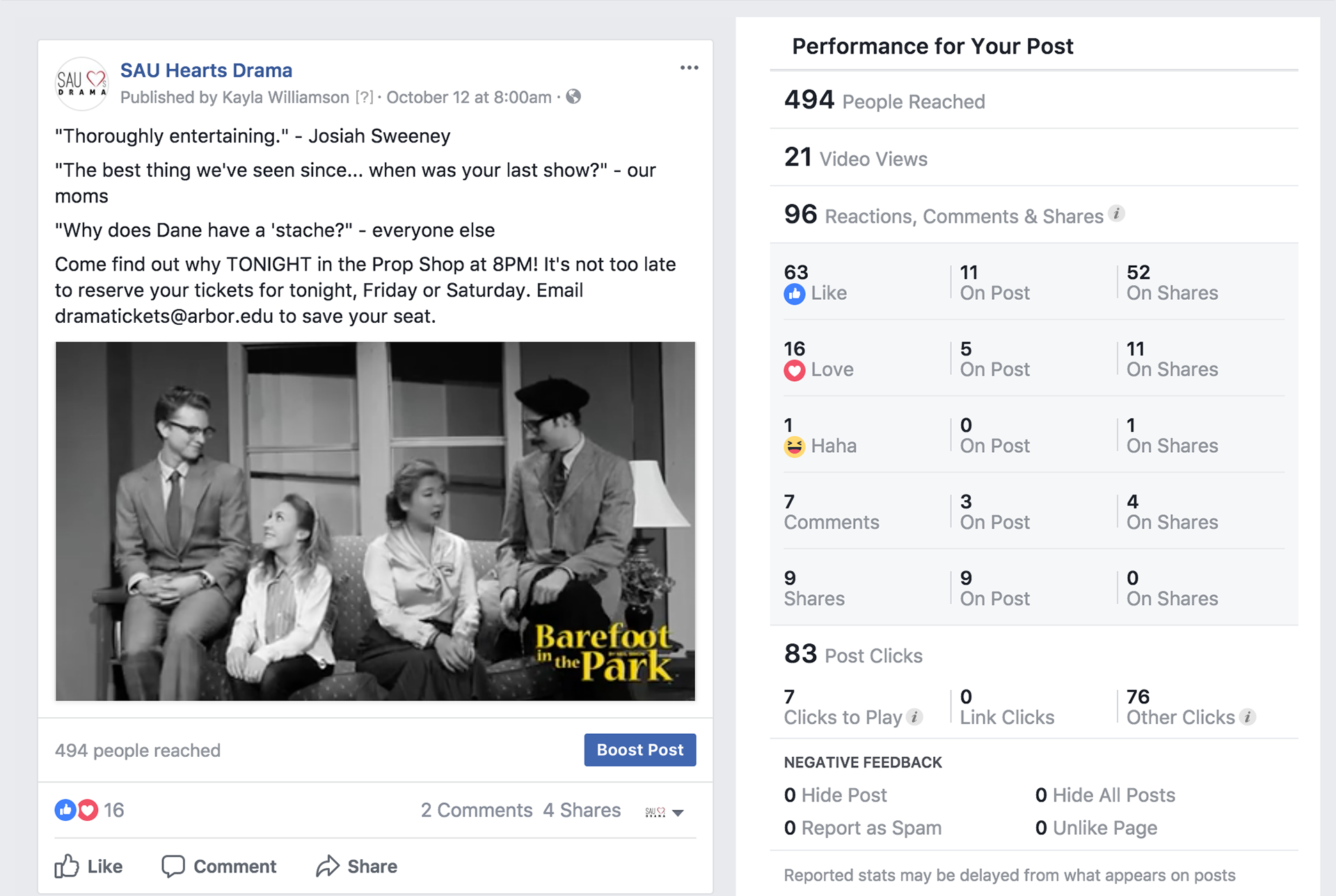 The gif campaign became the most engaged Facebook posts on the drama department page. They may not have had the largest reach, but those who saw them interacted with it in some way. Instead of reaching people unaware of the show, the gifs most impacted those already close to the drama department. By the last post (the family gif), I embraced the new (technically old) audience by breaking the fourth wall with fake reviews. The goal wasn't exactly reached, but those who saw them were "thoroughly entertained." Either way, this was the first SAU Hearts Drama show with an intentional social media campaign. 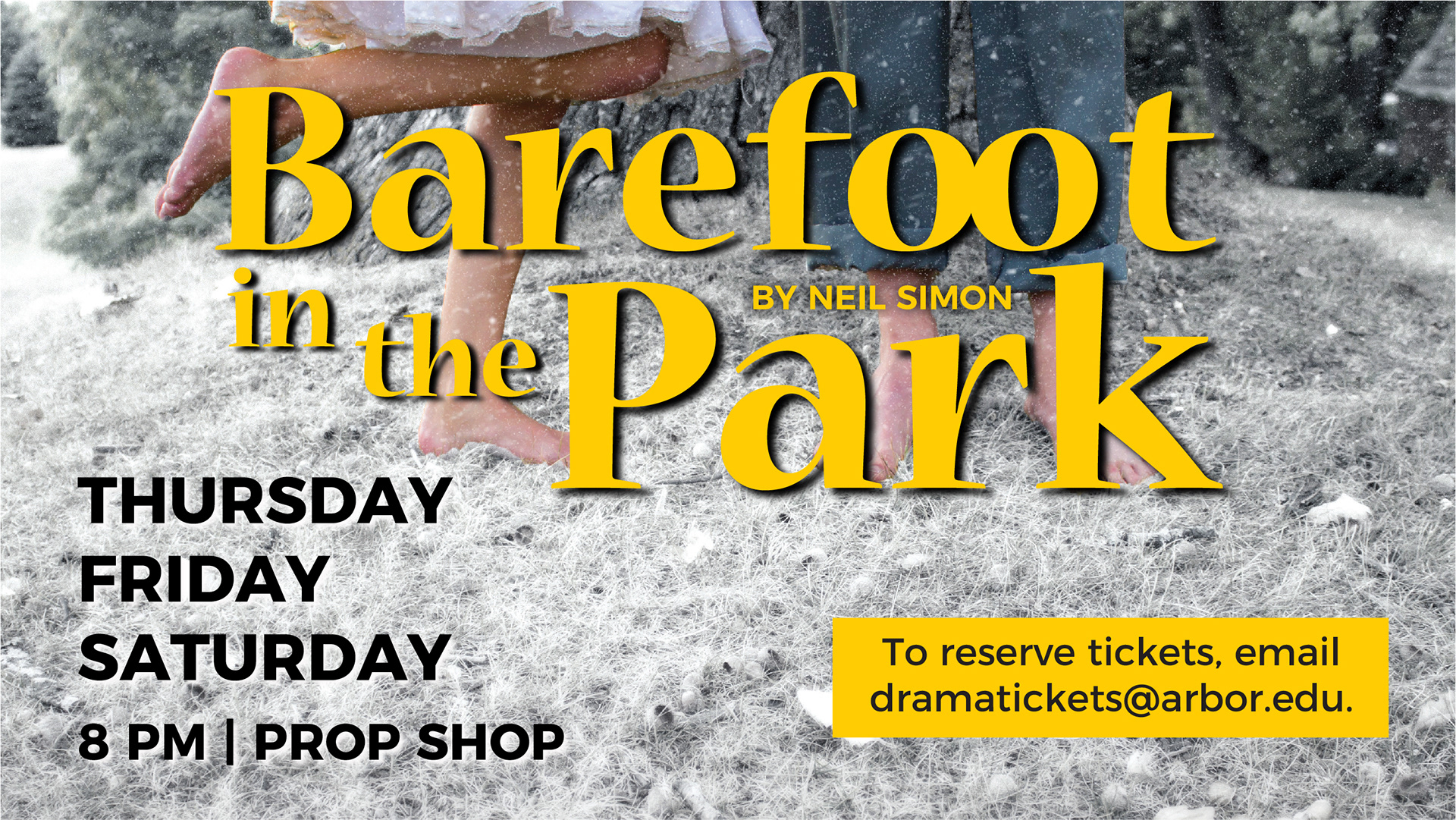